It’s June—the end of another academic school year—and I’m exhausted. So in honor of NOT having to pack lunches at the start of each day for the next ten weeks (or unpack those same, hardly-eaten lunches at the end of each day), I decided to share one of my favorite school lunch stories: 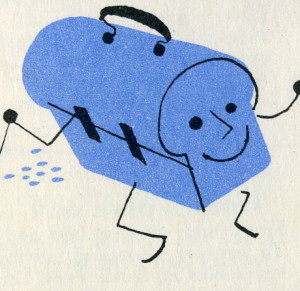 Once upon a time, my oldest daughter began Kindergarten. She went from a small, progressive (read: hippy-dippy) co-operative preschool to a 1000-student public elementary school. Though she was placed in a class of only eighteen students that year, I panicked when I realized how few young families were represented. Most of C’s classmates were second- and third-borns. I feared their veteran parents would look down upon me the way I sometimes looked down upon new, overeager preschool moms. It’s a vicious, inevitable cycle. Self-preservation required that I keep a low profile.

One day after school while we were driving around suburbia, C began complaining that she didn’t get to buy hot lunch as often as others.

“Well, yeah. That’s because you don’t like half the things on the menu,” I teased. C’s ‘limited’ food preferences was well-established; It was one of her many endearing idiosyncrasies.

“I might, though! How will I know if I don’t try them?” Well-played, I thought. She served up the same logic I lobbed at her during many a dinner show-down. 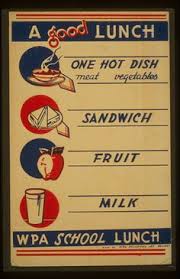 “That’s why we agreed that you can buy up to twice a week, remember? Like Fridays. You like pizza so you can buy hot lunch on the Fridays.”

“Yeah, but everyone else gets to buy lunch EVERY day.”

The adrenaline was pumping now. Whenever C employed absolute modifiers like “all,” “every,” or “none,” the synapses fired in my brain like an early alert system. She had recently discovered the slippery slope between exaggerating and full-on lying, and there was nothing more satisfying than catching her in a lie.

C seemed to consider my question. “Well, maybe not all the boys but yes, EVERY girl, EVERY day!”

Later, I would re 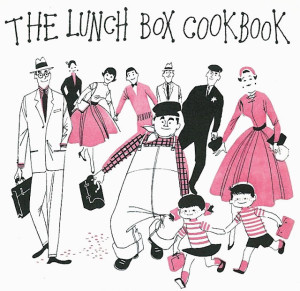 play our conversation in my head and hear the emphasis on the second-half of that statement. In that moment, however, all I heard was an initial hedge.

“WOW!” I said. “That is soooo fascinating! Their moms must know something I don’t. Maybe I should call and ask them.”

I eyed her her in the rear-view mirror to gauge her reaction. She held my gaze evenly from the back of the minivan. “Okay,” she said.

Damn, I thought. Only a few months earlier, she would have cracked by now, which meant that either a) she was calling my own bluff, or b) being sincere. I didn’t know which was easier to believe.

“Let me get this straight,” I said “You don’t mind if I call all the moms of all the girls in your class to ask why they buy lunch every day?”

Now I had no choice; I had to follow-through or risk losing face. Later that evening, I set the water on to boil for dinner, leafed through the brand new school directory, and began making unsolicited phone calls. So much for keeping a low-profile.

“Hi,” I said to near strangers in C’s earshot. “This is Chrissy Boylan, C’s mom from Ms. Heatwole’s class. C was just telling me that she is the only girl in her class that doesn’t buy hot lunch every day so I agreed to call some moms and find out why. Does your daughter really buy lunch every day?”

I must have sounded like a judgmental, sanctimonious asshole. 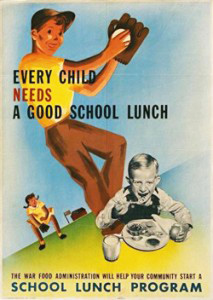 One mom told me yes, until her husband returned from Afghanistan, she was single-parenting four children, ages six to sixteen, so it was easier to have them buy hot lunch. Another, who worked full-time out of the house, explained that her daughter was the youngest of three and was already used to hot lunch at daycare. Another, a mom of an only-child, admitted that her daughter simply enjoyed buying and since they could afford it, why not? Finally, there was the nurse who didn’t have time to make lunches when she arrived home from her night shift, just before her kids left for school.

In total, I called six moms. And while my sample may not have been statistically significant, it told me what I needed to know: C was not lying. She was telling the truth the best way she knew how. I simply hadn’t asked the right question: why she cared.

Turns out that C would have to sit at a table by herself for five or more minutes waiting for the kids in the hot lunch line to get their food. Because those were the loneliest, most stress-provoking minutes of her day, she figured she could avoid them altogether by buying lunch herself.

In the end, I didn’t let her buy lunch every day, but we did open a dialogue about how to cope.  Thankfully, others began packing more once the novelty of hot lunch wore off.

Either way, I will never forget how gra

cious those women were to me when I called that night. They really did teach me something that I didn’t know: humility. Today, I try to remember that no matter how differently we go about it, we’re all trying to do the best we can, however we can. ♥

2 thoughts on “Having My Lunch Handed Back To Me”