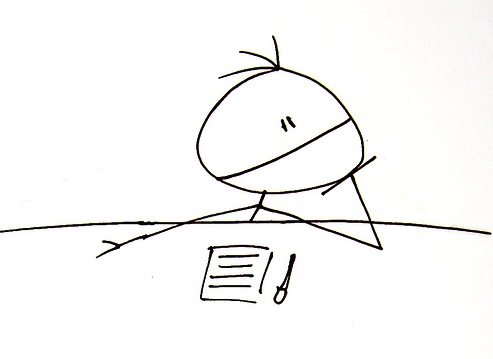 As the end of the school year draws near, I find myself sitting down less and less to write. Family obligations abound, the great outside calls, and my inner child awakes. So this month, I’m leaning into it and playing around with words. Tropes, to be exact.

Don’t worry—tropes are nothing more than figures of speech, and this post is nothing more than an attempt to entertain you. Also, this being May, I’m using motherhood as my muse. So sit back, and enjoy some maternally-inclined Double Negatives, Hyperbole, Verbal Irony, Puns, and Syllepses.

Double Negatives: despite what your English teacher taught you, there is no need to shy away from double negatives. In fact, when crafted deliberately, using two negatives in a single sentence can produce a sublimely subverted affirmation, such as:

Having kids wasn’t the worst decision I’ve ever made.

Hyperbole: who doesn’t like to exaggerate now and again? Hyperbole allows us to evoke strong emotional responses in a playful manner, free from fear of being taken literally. Unless you are my daughters, who don’t yet understand that the joke is on them. And though I could model maturity and help them gain perspective, I prefer instead to to support their early literary efforts by responding in kind.

EXAMPLE 2:
Daughter: You are the meanest mom EVER!
Me: Thank you.

Verbal Irony: to the untrained ear, verbal irony can be mistaken for sarcasm. Do not be fooled. Sarcasm requires only tone of voice to make its point while verbal irony requires effective use of context and word choice. Since it can be tricky to pull-off verbal irony in print, I limit my practice here to an ironic simile:

My daughter sleeps as still as an epileptic donkey.

Puns: if you want to sound smart, call them Paronomasia. Either way, puns date all the way back to Shakespeare. That’s right, people. For all the derision it faces in modern times, the pun was actually a high art once upon a time. It’s also harder than it looks. Here are a few humble attempts:

Syllepses: okay, admittedly I had never heard of this trope before, which is probably why I chose it. Turns out it’s just a fancy name for using a single verb to qualify two or more words typically understood in differing contexts. For example:

Mommy brain makes me lose my keys and my mind on a daily basis.

Final Word: All tropes aside, some of the most important things ever written needed no tropes or tricks at all. Like thank you, I love you, and Happy (early) Mother’s Day!