I’ve been thinking a lot lately…that’s the problem.

I mean, I know we all think. Our brains churn out thoughts the way a locomotive generates steam: it just does. It’s what the prefrontal cortex is designed to do. When I stop to think about it, I don’t even know how much I think because 60-95% of my thoughts are subconscious.

Conscious or not, I still think I think too much, as in I-just-used-the-word-twice-in-one sentence too much. On top of which, I’m not even that good at it. I tend to think outside the lines, like a 3-year old with a run-away crayon, and often mistake feelings as bald-faced facts.

So where does that leave a girl? Back at the beginning, that’s where.

I think, therefore I am…
Far be it from me to be a naysayer or to question the logic of Rene Descartes, except that I am and I will. After all, he made this sweeping philosophical assertion during the Renaissance, the same era in which chastity belts were considered good and personal hygiene bad. Plus, his name is Rene.

In other words, what if the dead French guy is wrong? Or even only half-right? What if I am actually more than my thoughts? I sure hope so, because here’s what happens when I leave my thoughts unchecked:

I think, therefore I am…FAT.
Harsh, I know, but true in the sense that it’s what my inner voice likes to tell me, especially as I near 40 and play chicken with my all-time highest weight. And like I told you before, I have a bad habit of believing feelings as bald-faced facts.

I think, therefore I am…BETTER THAN YOU.
You don’t think I’m going to go negative on myself without going negative on you, do you? No, no, no! Drawing comparisons is a very thinky type of thing to do, and since the odds are 50/50 that I’ll end up feeling better about myself, I engage in it often.

I think, therefore I am…A LOSER.
In addition to losing my own comparison game, I also worry about what you think of me. Like right now! Or at the pool last summer. Or at the gym yesterday when I was huffing and puffing.

ALL of this is say that when I start thinking too much, I begin to think and feel, well, not enough. And THAT, my friends, is the real problem.

But fear not. Because sometimes — not often enough, but sometimes — I remember that it takes two to tango. I remember that the voice in my head may be talking smack, but guess who is listening?! I’ll give you a hint – it’s me. Ergo, if I don’t like what the voice is saying, I can choose not to listen. Or, if more appropriate, I can choose not to believe what the voice says because according to, ahem, a therapist or two, I can actually change my beliefs to change my thoughts. Take that, Descartes!

SO won’t you join me in taking back our thoughts? We can’t stop them from churning, but we sure as hell can stop listening to and believing all of them them. Let’s save the good ones, toss out the bad, and rest in the here and now without a care in the world.

I believe, therefore we are…AWESOME. 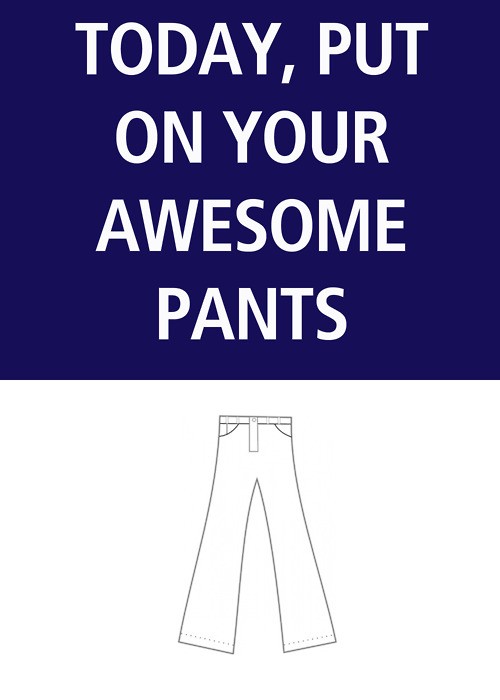